You are here:
< Back
Table of Contents

Especially in the context of small acreage farming.


Both Okra’s historical origin, as well as it’s culinary adoption, is typically rooted in Africa and South Asia.

Although other markets, like North America are now becoming leading global producers of this relative of the Mallow family pants.

The following are some important metrics and Okra production facts which will help you calculate your Okra farm business budget:

This works out to be about 4 tons per acre.

The pods are what you harvest…the fruit/vegetable of harvest.

To achieve this population density of Okra plants within a single hectare of land, they estimated the following spacing requirements:

Okra seeds are to be planted at the rate of about 4-5 seeds per foot.

Weight Of Okra Seeds Per Hectare/Acre

Okra can get easily drowned from the root up.

In such occurrences, the crop yield is completely devastated.

So it is preferable to grow it on well-drained sandy loam soils.

A slightly acid pH also is known to increase yield, even in preference to adding more fertiliser.

It is recommended the addition of lime to high pH soil in anticipation for sowing Okra seeds.

The recommended fertiliser to use for Okra production is 10-20-10 which should be administered before planting.

About 300 pounds per acre should be administered, or…

120 pounds of fertiliser per hectare.

Usually Okra is self-pollinating or pollinated by insects.

The flowering process is photo-sensitive in many varieties of Okra.

Day length in excess of 11 hours has been known to hinder flowering.

The Clemson Spineless variety of Okra plant is not photo sensitive when flowering and thus is adopted in climates with longer day periods.

Pick the okra every 1 to 2 days or yields will decrease:

“…get pods when they are tender and taste best. Don’t let mature pods stay on the plant; they will become stringy and bitter, and—like summer squash—the plant will stop producing.” – Harvest To Table

It is recommended that you supply 1.5 inches of water to Okra plants every 10 days for optimal yield.

Approximately 17 hrs of manual labour was recorded in a study featuring okra producers in south Arkansas:

…this related to approximately, 330 pounds harvest.

During Okra production, harvested crop should be stored between 45 to 50°F & relative humidity 90 to 95 percent for best results and to avoid deterioration in marketable quality. 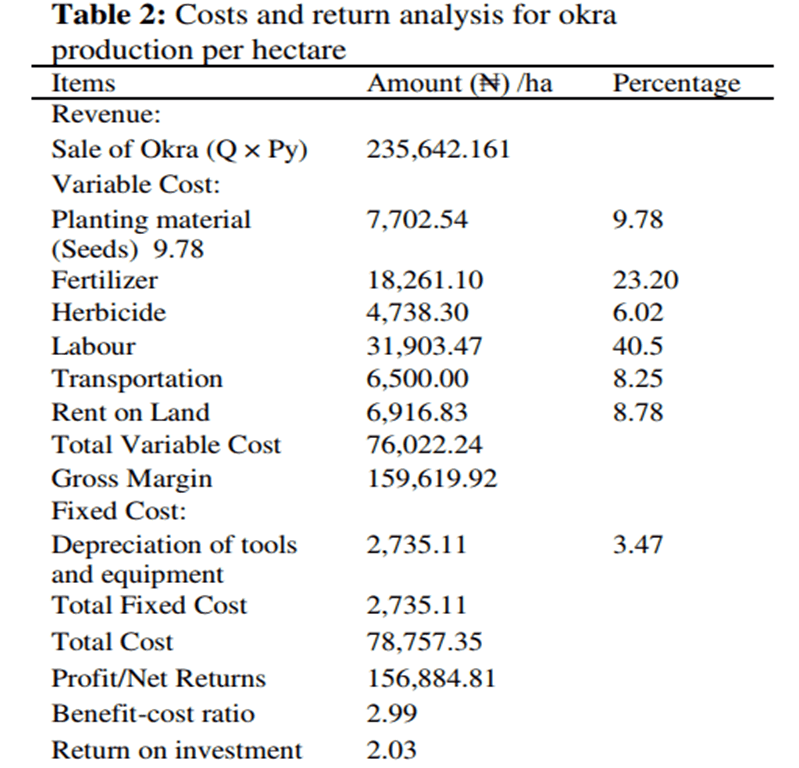 The example above, although from Nigeria – the principal of proportional allocation of budget for a similar size of operation should apply anywhere, worldwide.

N.B. The mean farm size within the study was 2.03 hectares.

Although, there were a number of start-up and operational challenges which threatened yield and profitability, namely:

…if these can be overcome, the comparative benefit cost ratio recorded was 2.99 – offering a highly favourable profit profile.

Here are some of the Okra production financial budget highlights:

There we have it,

There is little capital cost is required to start other than of course:

The plant needs little soil preparation to get going and turns a harvest some 60 days after sowing.

They are relatively labour intensive to pick and pack, but profits are still healthy regardless.

Overall, a choice crop for the small scale vegetable farmer!

Do you want to start Okra farming and need a little advice to get going? 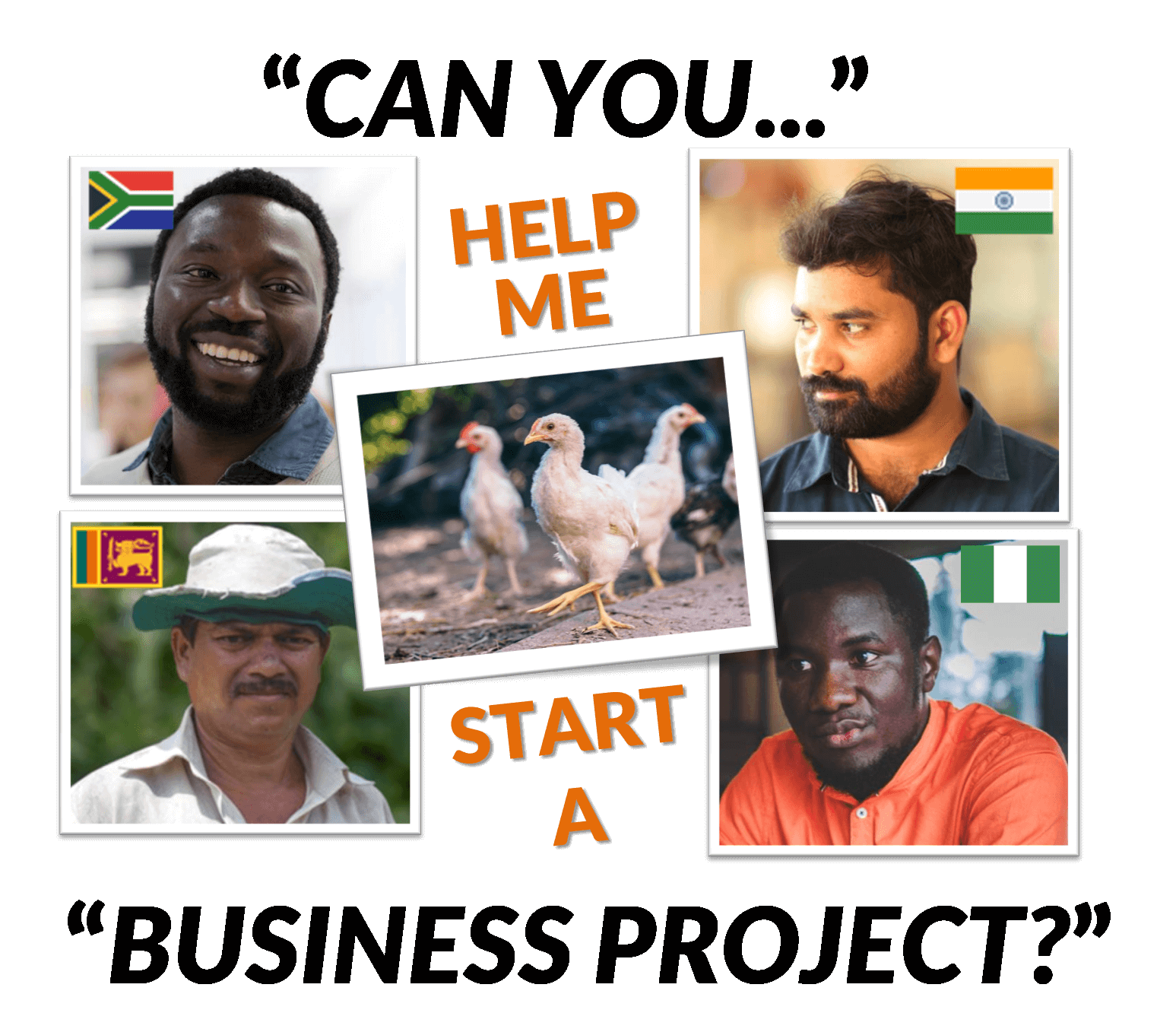 Get in touch today and get a no-obligation remote email consultation.