Wouldn’t it be good if BEFORE you started your broiler farming enterprise,

You could get tipped off by an experienced broiler farmer?

Just think of all the saved:

…from getting the inside track ahead of running your race.

This is EXACTLY the benefit of this study.

It’s based on a questionnaire distributed to broiler farmers in Parana, Brazil in 2011.

The farms were family-owned, but of varying size and complexity of business model.

So the final results are quite representative (you might say) of broiler farmers in general.

The aim of the study – and the point that the researchers were getting at was:

‘To discover the factors that most affected the profitability of broiler farmers.’

And of course, by achieving this goal –

Actually, even more valuable was that this study rather used BCR (Benefit-Cost Ratio which is a measure of return on investment), than mere profit as its measure.

Want to know what the researchers found?

Interestingly enough, the cost of feed price had NOTHING to do with determining long term broiler farming profitability.

But rather discovered were factors that could be avoided by managerial smarts.

i.e. thinking ahead, reconsidering, re-evaluating and strategising a response.

So, here they are…

Therefore, the key to achieving optimal broiler profits is:

This study will help you do just that for your broiler farm:

You may also be interested in:
« A Method For Bringing Laying Hens To Molt For Max Profit
« Organic vs. Conventional Poultry Farming: Profit Analysis 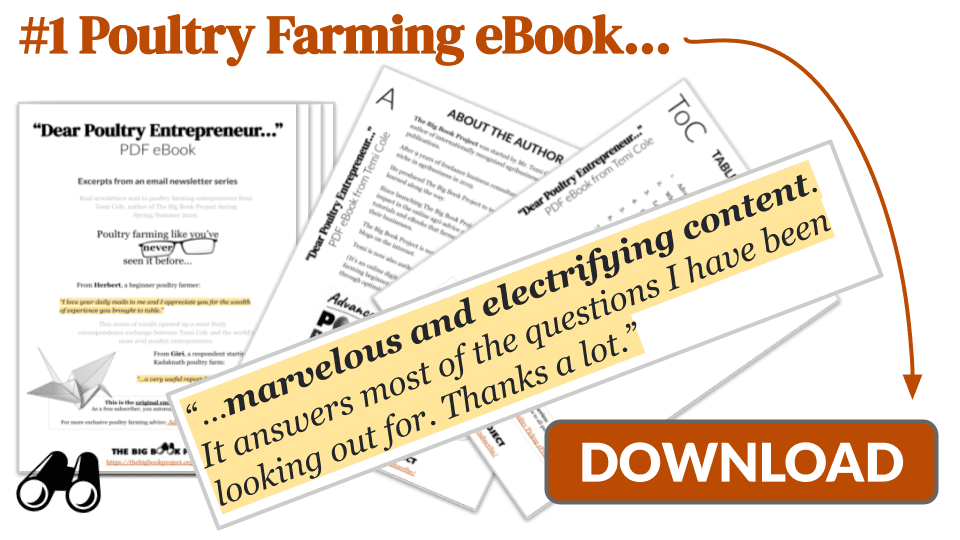